What is Blockchain Technology? Simple guide to understand it thorougly

We’ve all heard the stories about the emerging technologies of blockchain, but what is Blockchain exactly and how will it change how things work?

In 2008, Satoshi Nakamoto invented Bitcoin and Blockchain. For the first time in history, his invention made it possible to send money around the globe without banks, governments or any other intermediaries. The concept of the Blockchain isn’t very intuitive. But still, many people believe it is a game changer.

It is an algorithm and distributed data structure for managing electronic cash without a central administrator among people who know nothing about one another. Originally designed for the crypto-currency Bitcoin, the Blockchain architecture was driven by a radical rejection of at (government-guaranteed) money and bank-controlled payments.

Blockchain is a special instance of Distributed Ledger Technologies (DLTs), almost all of which have emerged in Bitcoin’s wake.

How Does Blockchain Work? Blockchain is a Distributed Ledger Technology (DLT) that was invented to support the Bitcoin cryptocurrency. Bitcoin was motivated by an extreme rejection of government-guaranteed money and bank-controlled payments. The developer of Bitcoin, Satoshi Nakamoto envisioned people spending money without friction, intermediaries, regulation or the need to know or trust other parties.

Technically, the original technology is separable from Bitcoin, but this report will show that the blockchain design is so specific to Bitcoin that it’s not a good fit for much else.

The central problem in electronic cash is Double Spend. Because pure electronic money is just data, nothing stops a currency holder from trying to spend it twice. Blockchain solves the Double Spend problem without a digital reserve fund or similar form of umpire.

Blockchain monitors and verifies Bitcoin transactions by calling upon a decentralized network of volunteer-run nodes to, in effect, vote on the order in which transactions occur. The network’s algorithm ensures that each transaction is unique. 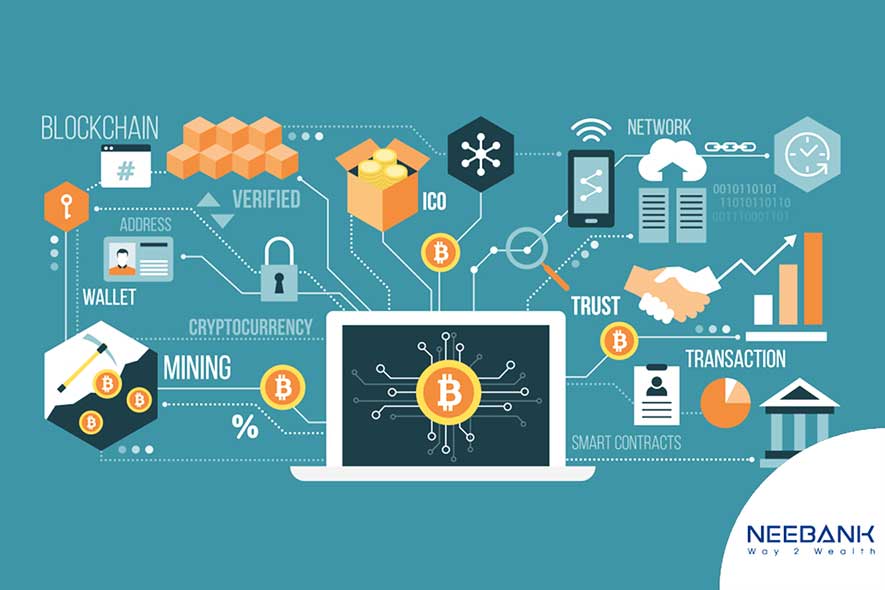 Blockchain technology is a way of managing a ledger of records in a decentralized manner. It means that everyone participates in maintaining and updating the ledger, which makes it practically impossible to falsify.

By using math and cryptography, it is challenging the status quo in a radical way.  Will the governments and financial institutions embrace it?

Blockchain is already disrupting several industries, with opportunities for radical improvement of existing business models. But still, banks and financial institutions are the ones likely to realize the highest benefits of adopting new technologies.